Costa Rica divides two oceans, the Atlantic and the Pacific, and is renowned for its rich wild life, volcanoes and undisturbed natural areas. Besides the export of coffee, tourism is one of the major economic pillars of the country. The Pacific Coast is the preferred destination for fishermen, but until recently it lacked adequate port infrastructure for private fisher boats. During the rainy season with heavy storms, no protective harbour was available along the coast.

In 2007 a group of local investors decided to start working on a project that would benefit locals as well as tourists. Marina "Pez Vela" had been planned for years and started to become reality. The 308 slip marina features one of the most sophisticated breakwaters ever built for a recreational marina, providing a safe harbour and hurricane protection. The extra-wide, modern, concrete floating docks, allow safe loading of passengers and equipment, and secure mooring. The first phase of construction includes 100 slips accommodating yachts up to 61 m in length. Being built with an emphasis towards environmental protection, which includes the use of recycled steel and the installation of a water treatment system, the marina will fully meet American and Costa Rican building codes and standards.

The design considered the needs of the boat owners and the necessary infrastructure to host the future landing point. The governing design factor in this case was the standard wave height of 2.5 m. During the first discussions this was assumed as too big, but actual experience proved it was a good assumption.

To achieve adequate shelter for the boats, a strong and reliable breakwater had to be built. Different gravity structures were analysed, including rock dam, rectangular 'double wall' sheet pile cofferdam, concrete caissons and circular cells cofferdam.

The limited availability of aggregates in the area made the rock dam solution very difficult and expensive. At the same time, concrete caissons would have required too much construction time.

Consequently the final choice for the 540 m long breakwater was a circular cell cofferdam with AS 500 straight web steel sheet piles which offers multiple advantages:
The proposed layout consists of 8 cells with 12.2 m and 17 cells with 18.6 m diameter, with sheet piles up to 15.0 m in length, and an interlock strength up ot 5 500 kN/m.

The whole project was implemented by a local contractor with the help of an experienced pile driving crew. Additional technical support was provided during the design stage and execution phase by ArcelorMittal's technical department.

After site installation and construction of the first 12 m diameter template, pile installation started with one crew. It became clear to the project owner during the early days itself that the circular cell solution was the correct decision. The rough weather and waves of more than 2.5 m gave the crew a hard time. Even the crane was hit by a wave that overtopped the dam. Nevertheless, execution of the circular cells progressed as planned.

Later on the fabrication of the second template with a diameter of 18 m was completed, and work started on the opposite side of the breakwater with a second crane. The same conditions for the design were imposed - resistance against horizontal impact of the waves and vertical bearing capacity for a 150 t crane.

The backfill of the first cells was brought in from a local sand pit. Shortly after, a dredger was used to draw out sand from within the marina and dump it into the cells. Compaction of the sand fill is done by gravity and is accelerated by vertical drains. In areas with high vertical loads on the cells, additional foundation piles were installed.

After completion of the breakwater in November 2008, prefabricated 'tetrapodes' were placed on the outside of the marina. In a next stage all other shipbuilding facilities, housing and even a waste water treatment plant were built.

Since the design took into account seismic loads, a recent earthquake with a magnitude of 6.4 did not cause any damage to the steel structure.

In the future the marina will give shelter not only to the tourist boats, but also to the local fisherman - a dramatic improvement over the situation that existed before its construction. 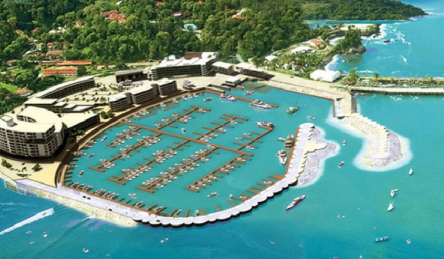 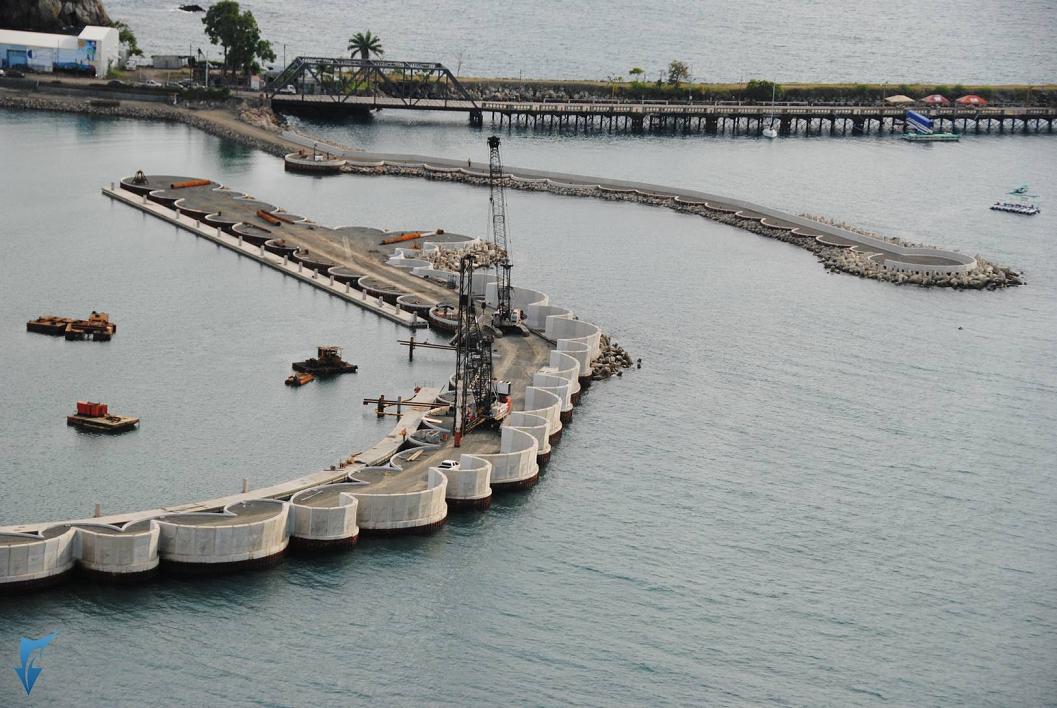 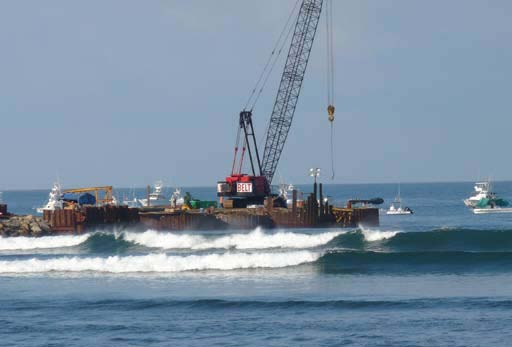 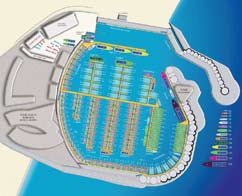 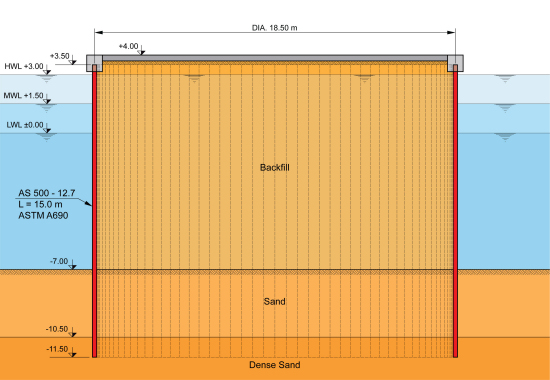 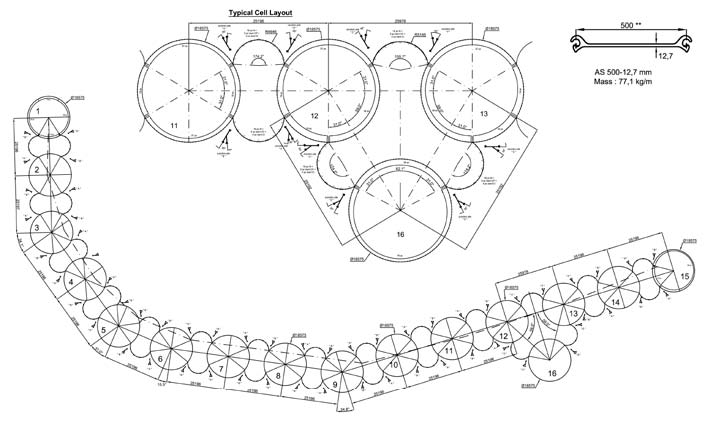