ArcelorMittal Sheet Piling has supplied 3 200 tonnes of new steel grade AMLoCor® Blue 320 as part of a project to develop Holmsgarth Quay at the Port of Lerwick in the Shetland Islands.
Contractor Tulloch Developments chose our company to supply 3 600 tonnes of sheet piles – including 3 200 tonnes of corrosion-resistant AMLoCor® – to develop the Quay’s main wall and anchor wall, following a successful smaller project at the same port two years ago. Both schemes were designed by Arch Henderson for Lerwick Port Authority.

The steel will be used at Holmsgarth Quay to help provide 800 m of deeper berthing and a larger working area for the fishing fleet and adjacent fish market – as well as berthing for offshore industry vessels.

Thierry Laux, CMO Sheet Piling, ArcelorMittal, said: “The techno-commercial approach of ArcelorMittal Sheet Piling, along with the strength of our product, was key in securing this win. AMLoCor® started life in the lab at ArcelorMittal’s global R&D division, and we’re delighted that this significant shipment is going towards an important project in such a unique location”. 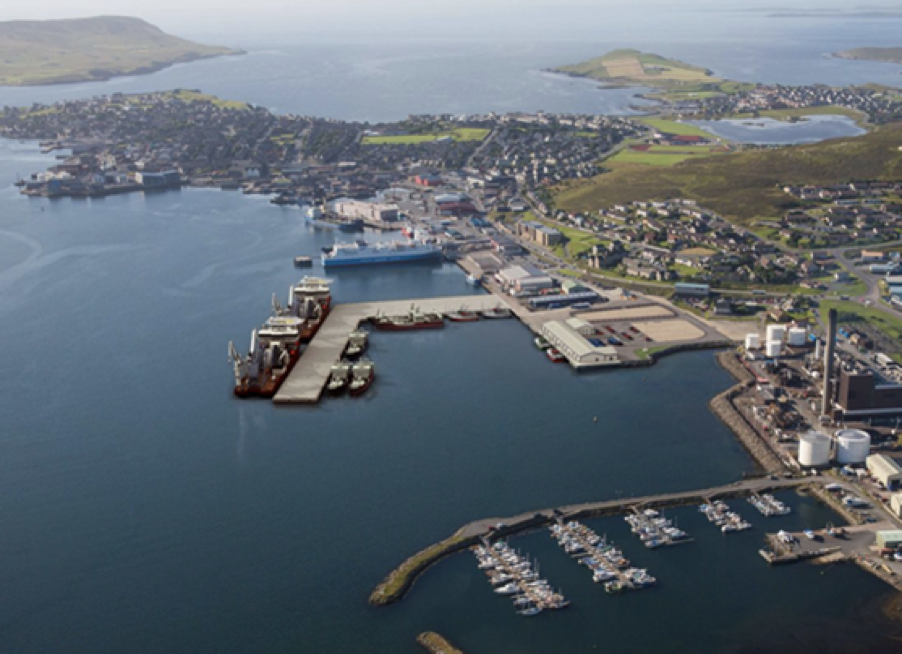 An artist's impression of the quay (credit: Lerwick Port Authority / The Shetland Times)

The 2010 pilot project at the port of Shoreham, as well as an earlier project at the Port of Lerwick in 2013 were key in demonstrating the new steel grade’s stability and enhanced corrosion resistance in marine environments. The company supplied AMLoCor® to the smaller-scale Mair’s Yard project, following concerns by Lerwick Port Authority over accelerated low water corrosion.