In the two decades following World War II, the luxurious resort area of West Palm Beach nearly doubled in population as veterans stationed at the local air base returned to the city to live at the end of the war. Located on the east coast of Florida along the Atlantic Ocean, large estates were built seaside in the town of Manalapan, creating breathtaking views of the barrier islands while facing up against the most active hurricane path in the world.

In the 1960's, residents sought to protect the nearly 170 oceanfront properties against the ocean’s surge by constructing sea walls of PMA 22 steel sheet piles driven into the beach sand with steel tiebacks anchored to concrete deadmen approximately 3 to 4 m inland.

In late October 2012, Hurricane Sandy roared up the East Coast and produced a storm surge that overtopped the sea walls in South West Palm Beach. Stretching its damaging winds over 1 500 km, Hurricane Sandy generated a destructive surge over an expansive part of the Atlantic coastline. Damage costs wreaked by Hurricane Sandy are well over $50 billion, making it the second-most devastating storm in U.S. history.

In Manalapan, the sea water overtopped the sea walls, washed away the soil, exposed the concrete deadmen and the steel tieback anchors snapped. With its support system compromised, the steel sheet piles failed and fell toward the ocean.

Sea water flooded the oceanfront properties and caused significant damage to the prime real estate. The home owners needed to fix the damaged sea walls before the next hurricane season.

To further complicate things the regulation from the Environmental Protection Agency further expedited the timeline. The removal of the old steel sheet piles and the driving of the new sheet piles were to cease by the beginning of March to avoid interrupting the seasonal nesting of sea turtles on the beach.

As with several other Sandy related projects along the East Coast of the US, the home owner’s association and their engineer moved quickly to replace the damaged sea walls.

When the old sheets were extracted from the soil, the steel below the mud line was still 9.5 mm thick, a testimony to the lack of corrosion without presence of oxygen.

Steel sheet piles, having proved the 50-year life rating from the first installation, were chosen again, but this time the product selected for the main sea wall was coated AZ 26-700 at a thickness of 12.2 mm (with a 100-year design life).

In a majority of the ocean-side properties, the design consisted of a T-wall, with the main wall at a height of 2.5 m above the mud line, an increase from the previous height of 1.5 m. To stabilize the sea wall, shorter steel sheet piles were driven into the limestone at 8.5 to 9.0 m depth perpendicular to the main wall, connected via C9 corner sections.

As the stabilizing sheets got further inland, shorter lengths of sheet pile were needed.

In an undamaged property at the southern-most tip of the island, the owner sought to prevent future damage by replacing the current sea wall with steel sheet pile, coated, with a cap and concrete deadmen with steel rod tiebacks (7.6 m back from new wall).

At the end of the sea turtle nesting season, the Manalapan properties on the intracoastal side of the island began a second phase of the project: installation of steel sheet pile walls for boat slips. 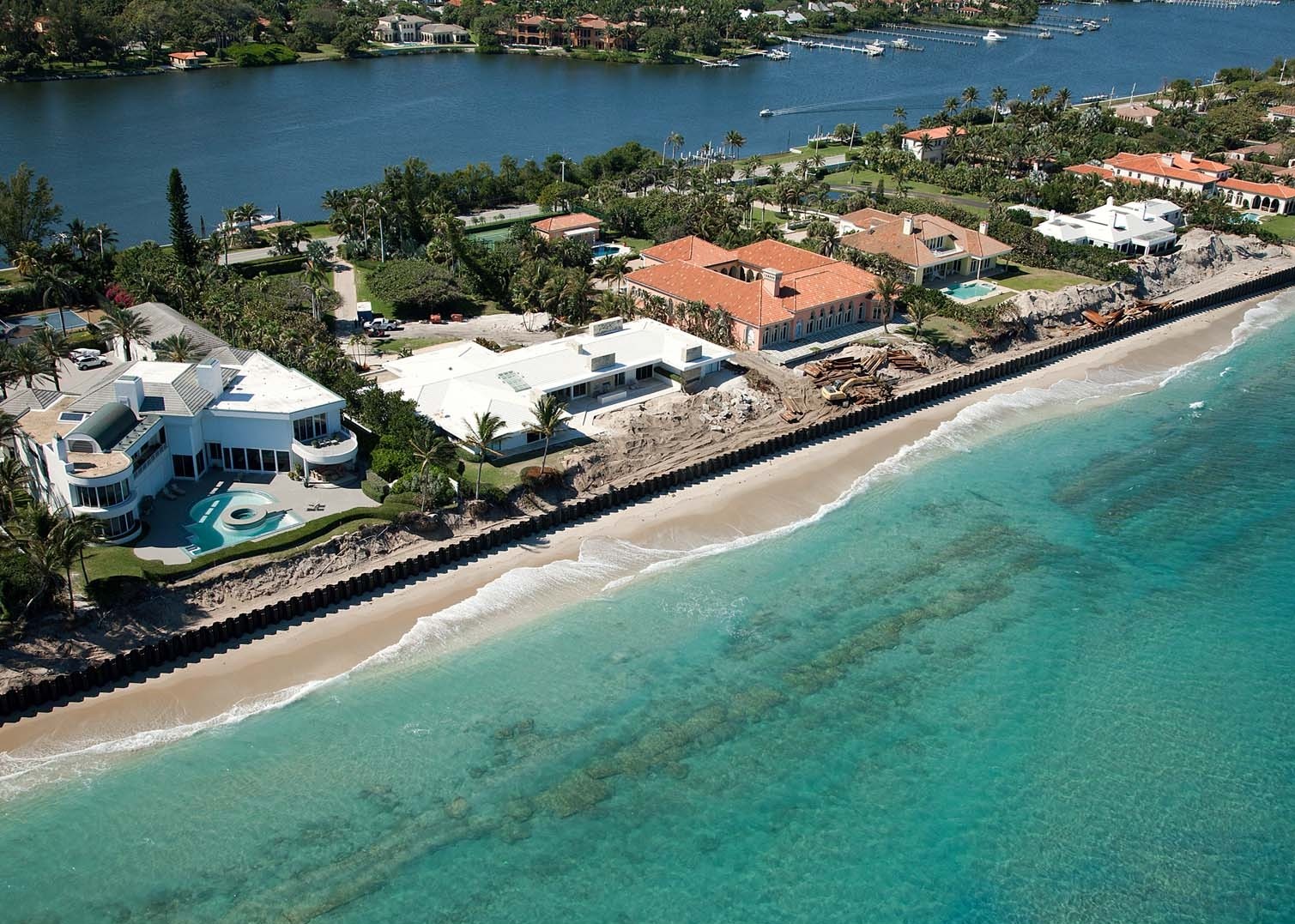 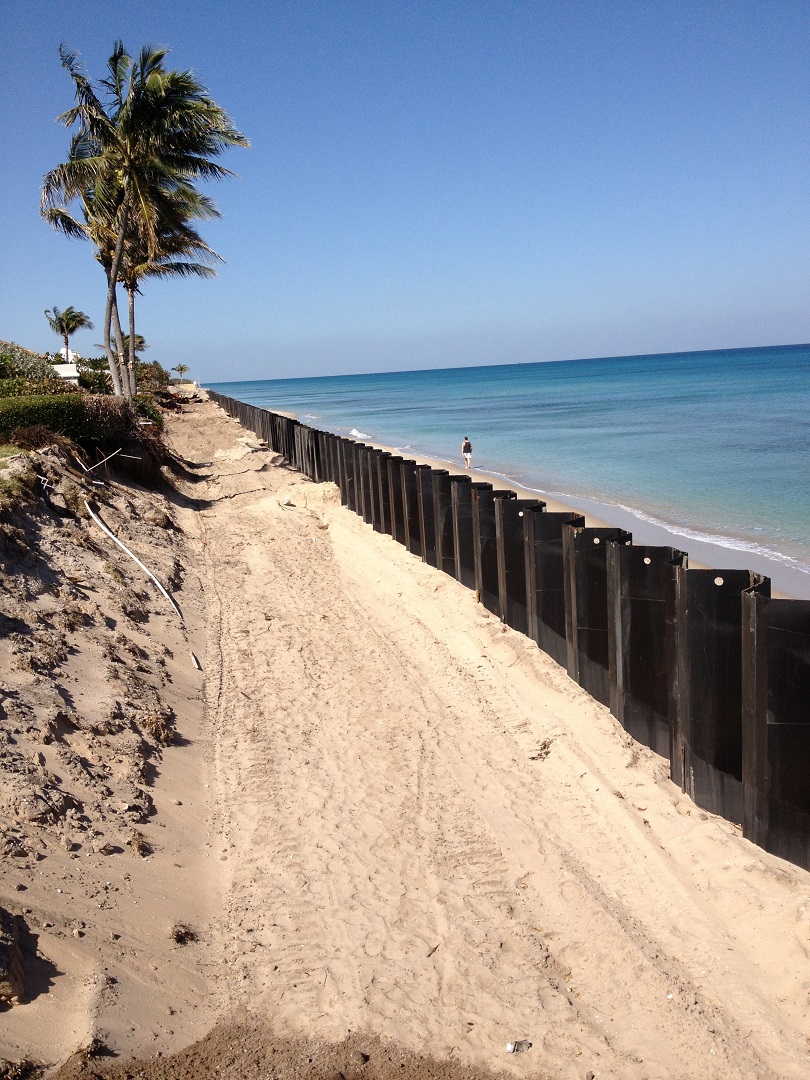 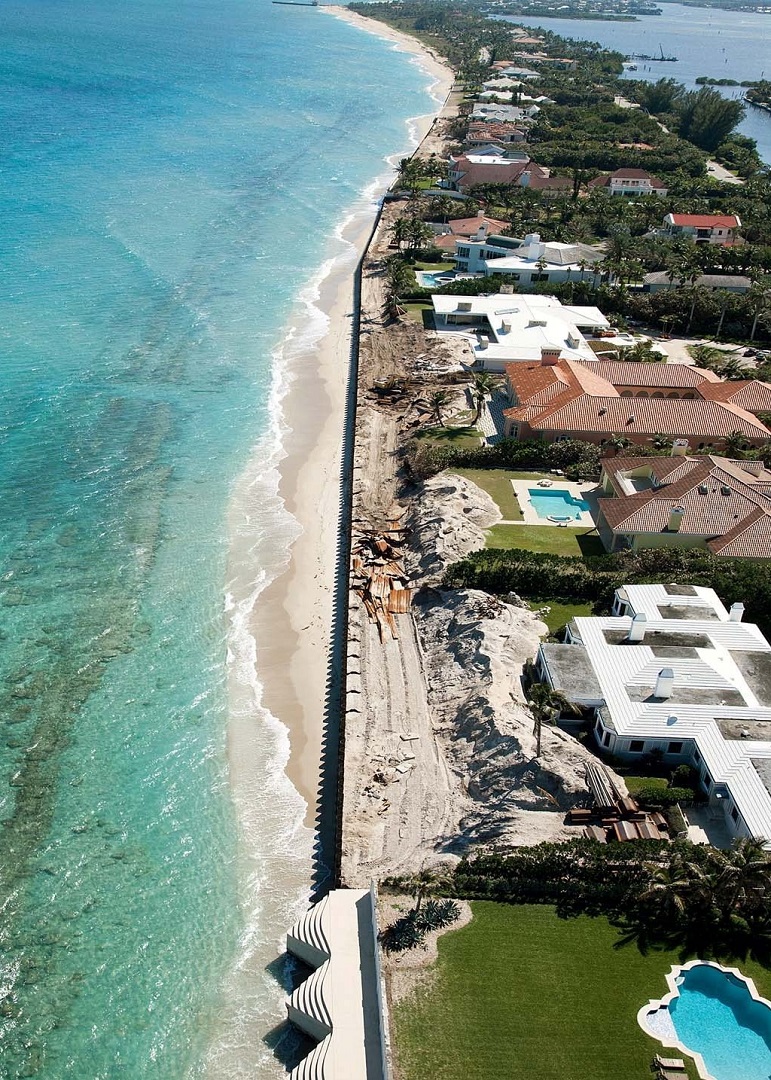 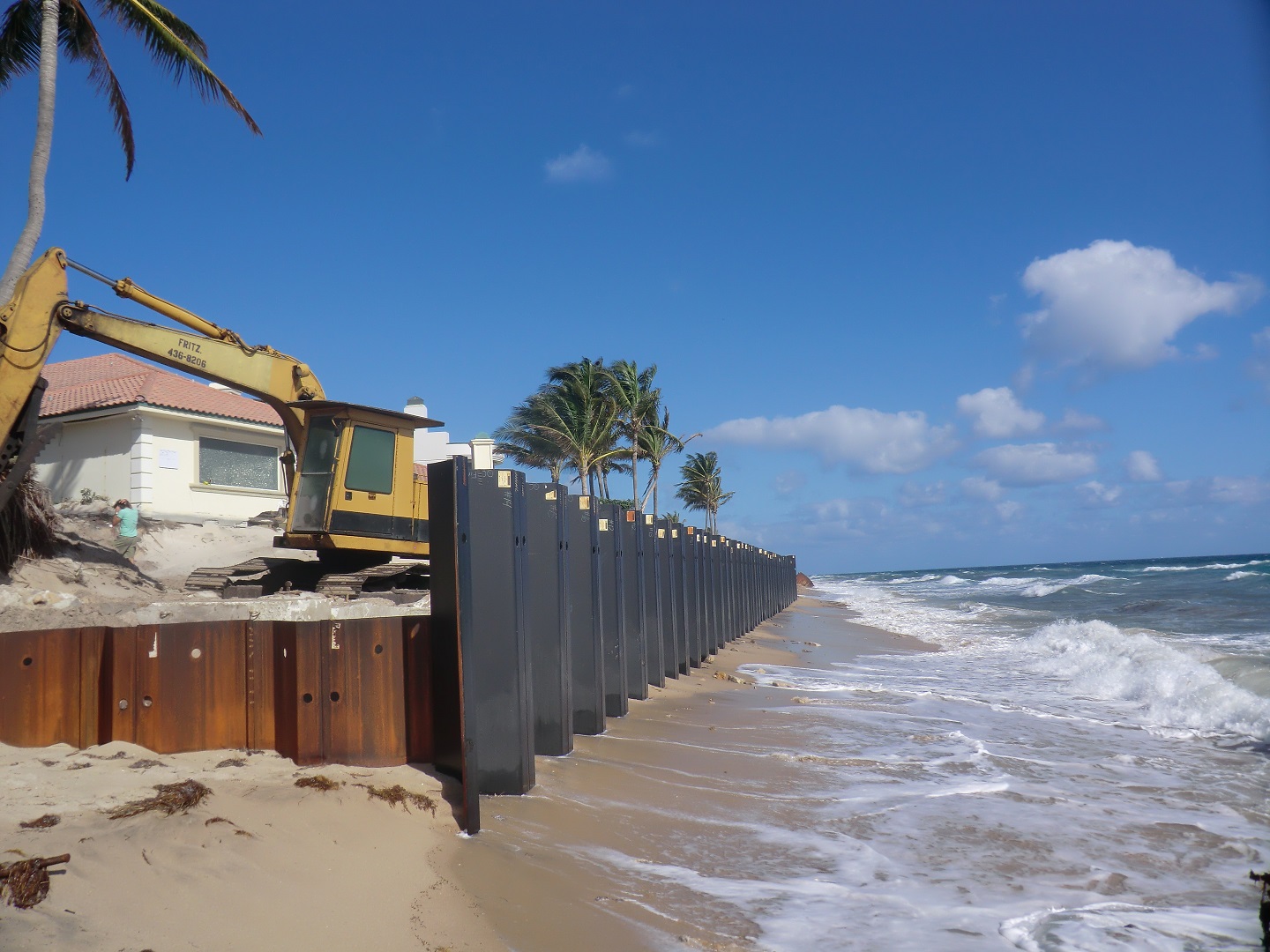 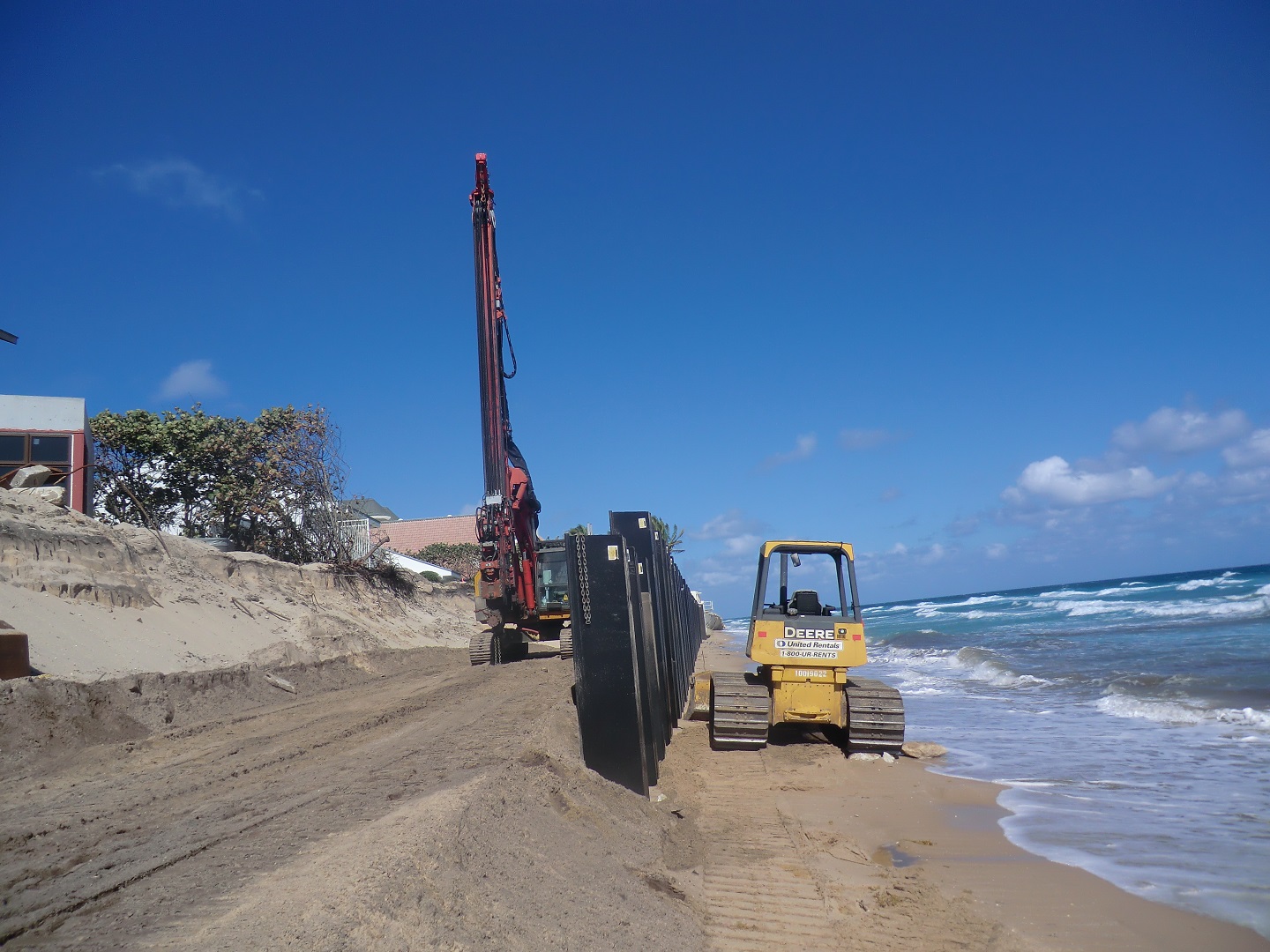