The project extension of the airport Leipzig – Halle consisted in extending the ‘North’ runway to the east, and ten years after the construction of the two ’taxiway’ - bridges, the third one was executed in 2008 and finished in 2009. The aim is to reduce drastically the taxiway between the ‘North’ and ‘South’ runways.

This 191 m long and 63 m wide bridge spans over the highway BAB A14, the ICE high speed train tracks and a local route.

The construction of the nine bridge piers between the ICE train tracks and the highway started in October 2008. Vertical loads of up to 7500 kN will be transmitted to the concrete foundations, which were executed within rectangular temporary or permanent excavation pit.

Cofferdams for pillars 10, 30, 50 and 90 use hot rolled sheet piles GU 7-600 as retaining elements, while axes 20, 30, 40 and 60 – 80 will be founded within a permanent retaining wall built with PAL 3260 cold formed sheet piles.
The sheet piles were driven with an excavator mounted vibratory hammer into a sandy soil. 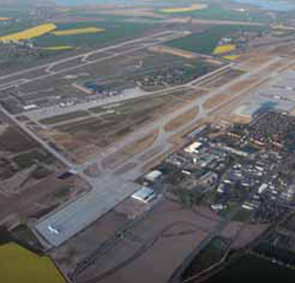 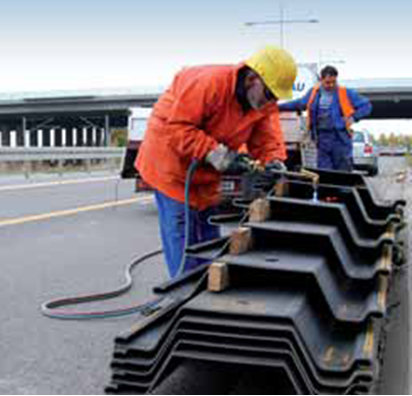 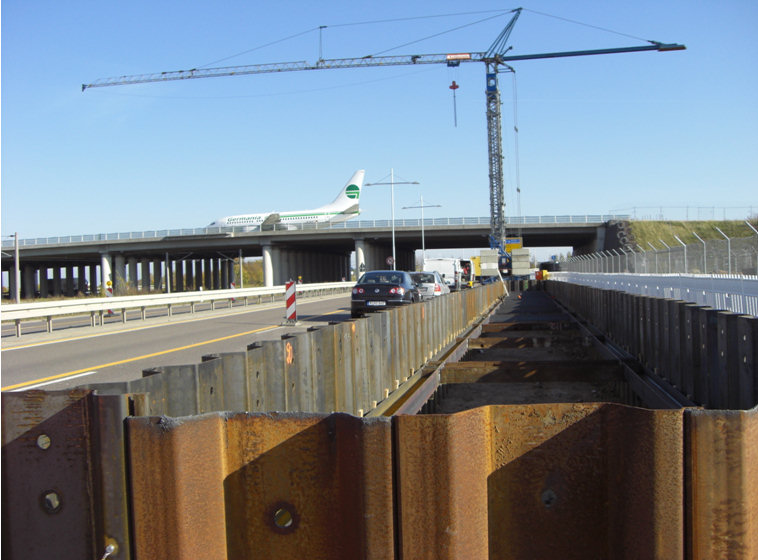 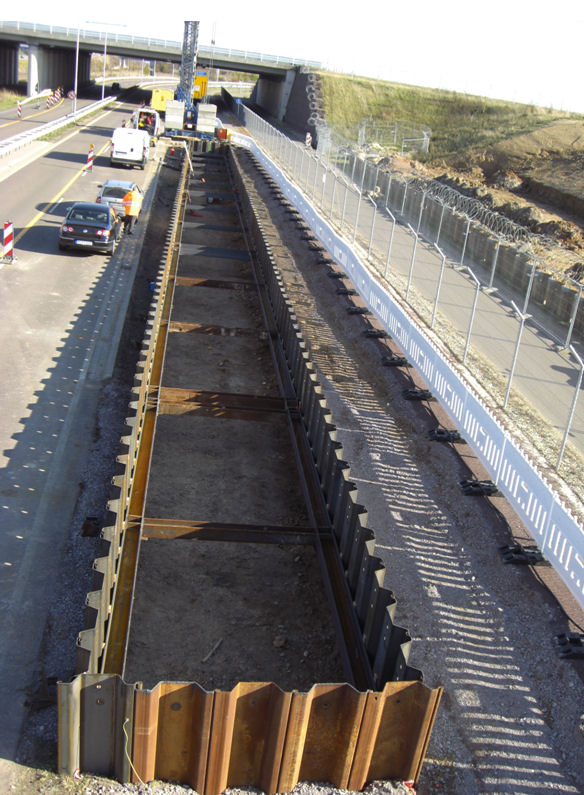